Today we had an unplanned day. After doing the usual school, we planned to go together on a train to Malaga, a city close to Fuengirola. So when we were done with our schoolwork, we all got prepared to go to Malaga by putting on sunscreen, getting a water bottle, and then went out the door.

When we got to the train station, we used our tickets to get into where the train would be, and it was about to leave. “Get in, quick!” Alex got in but nobody else did. The doors closed. The next train would come in 30 minutes. “UUUUUGGGGGHHHHH! If we would have just gotten there 10 seconds earlier!”

We would have to find him at the other train station. He was probably the worst to lose because he had the phone, the money, and even the water! So when the next train came we got on and talked for 30 minutes or so. But there were about 15 stops until the last stop. But we didn’t know which stop to get off at–the last one, or the second to last one? I thought in my head, which one did he say we were going to stop at? I thought it was going to be the very last stop, Malaga Central.

We looked off the train on the second to last stop and we didn’t see him. So we got off on the last stop. Kieran found him right away! I loved the whole day! It was a memory that would be stuck in my head forever! 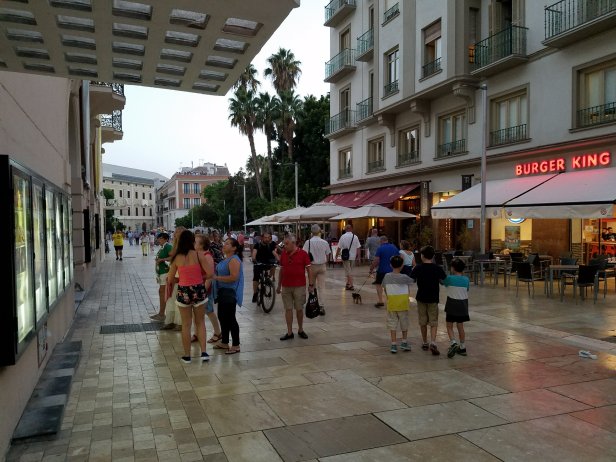 5 thoughts on “Splitting Up”