We woke up, did the usual of schoolwork and headed out the door for snippets! (haircuts). Our dad got a nice haircut a few weeks ago at a place named Te Peina for only 5 euros or 6 dollars!!!

The other day we went to Malaga and got a game. That game is called Rhodes, named after one of the great wonders of the world. The game rules would take a long time to explain so I just going to give you a preview: The goal of the game is to get the most victory points. There are different types of units: goat milk, wine, olives and wheat. You can use that at the market to get money or put it on a boat in the harbor and let it bring your stuff into storage.

Below: the game Rhodes 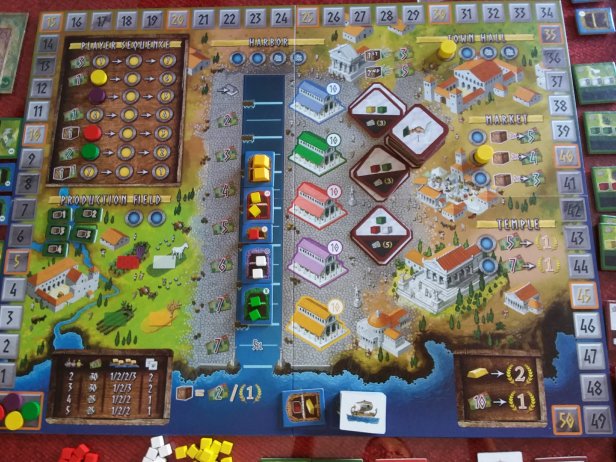 Below: me with the game Rhodes (My head is distorted and makes it look more oval than it acutally is) 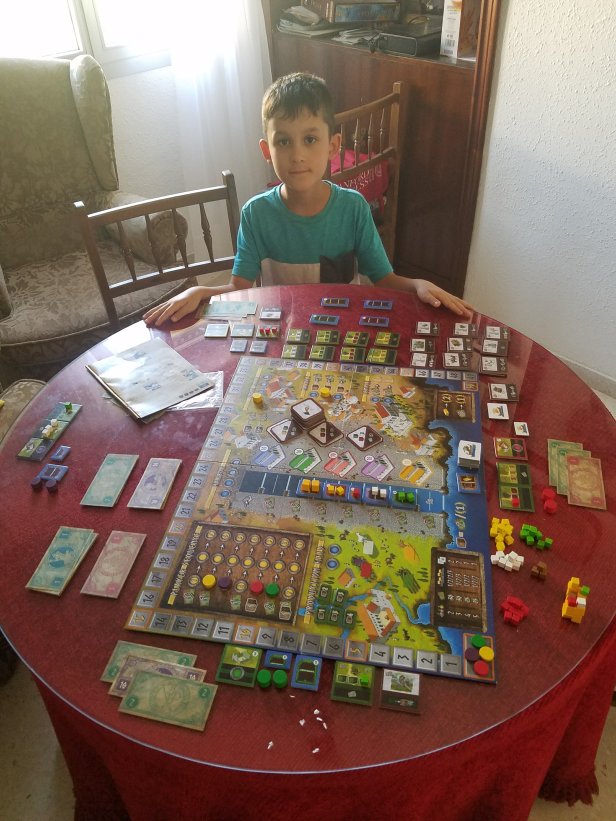 4 thoughts on “Haircuts and Rhodes”