Today, we started the day with going out to get Bita and then to go to the horse festival. We knew that we were going to be slightly late, so we got going as soon as we could. But, sadly, got there about 30 minutes late. We buzzed to let her know that we were here… but she didn’t answer. We buzzed again… still nothing. We buzzed a few more times and then gave up.

We went to the large square and looked around a little bit, then Julien spotted Bita. There was a flamenco dance with kids of ages from 7 to 17.

We saw most of the flamenco dances, but then Janet gathered us up because the Horsey parade was coming through! They had blocked off several streets so the horses could walk through the streets without any car traffic. It was interesting to see the mix between the formal clothing and pretty carriages versus cell phones and more modern cigarettes.

The horses’ tails were braided, and occasionally you would see one with some pretty little puff balls or something else. Sadly, we observed that some of the horses were branded. That means that they had a hot iron pressed into their skin when they were young and the hair would grow back and there would be the brand left on the skin. There is also another type of branding called freeze branding. They use liquid nitrogen or dry ice and put it onto a iron and press it into the animal’s skin. It is proven that freeze branding is less painful, but it uses more expensive equipment. Then we decided to go home. 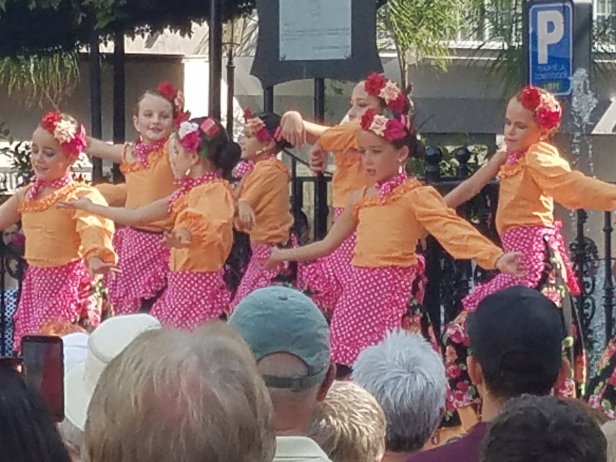 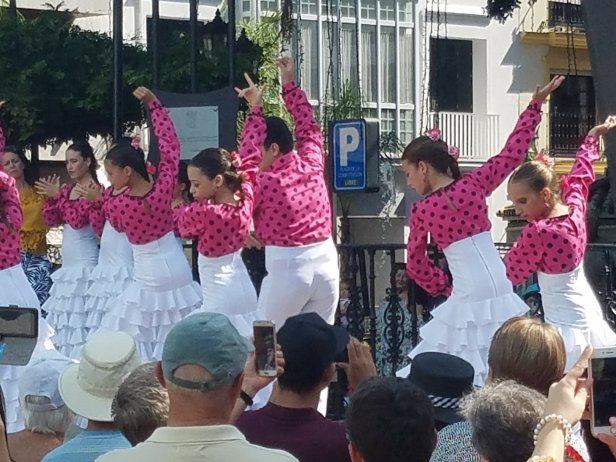 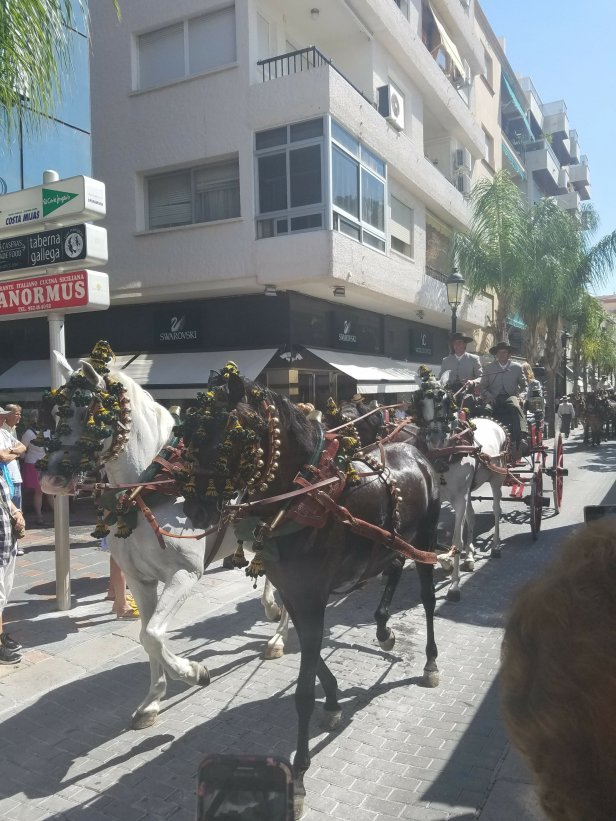 5 thoughts on “From Flamenco to Horses”