It was rediscovered in 1905 by Jose Bullon Lobato. It was formed by water around the Jurassic period (a very long time ago). In there we saw some amazing cave paintings. They all used animal fat, but they used three different materials to change the color, iron oxide (red), terracotta (orange), and charcoal (black).

There are about 400 cave paintings in La Cueva de La Pileta. When the shamans went to go draw paintings, they brought a torch with them so they could only be in there for about 1 hour or it would get too smoky.

The first few rooms were places to eat, sleep, and so on. There they had self built chimneys but as you went deeper in, there were fewer places for the smoke to escape. Most of the paintings are about 20,000 years old (very old).

One of my favorites is the halibut with a seal inside of it. La Cueva de La Pileta takes place around the same time as the movie Alpha. Read the post “THUNDER AND LIGHTNING” from August 9 for more information about the movie.

Below: us in the cave 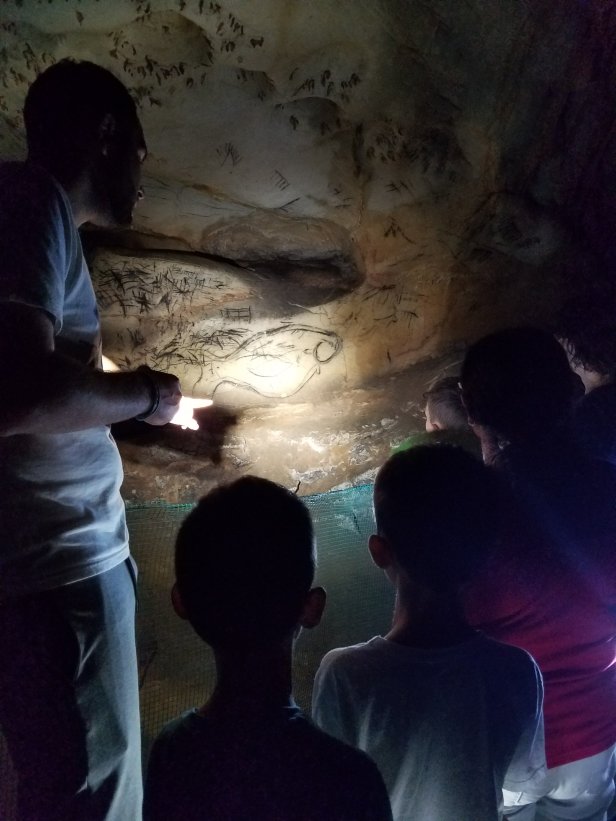 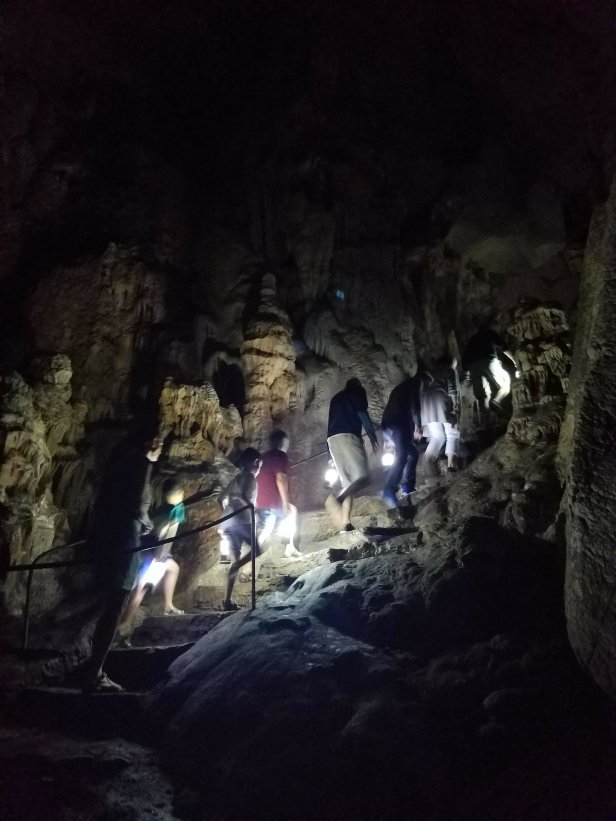