We woke up on Sunday to a cloudy sky. I changed, ate breakfast, and so on. Jason, Colleen, Cole, and Luke are Catholic so we were going to go to Catholic mass. I had never gone to one, even though there was one right across our street in Seattle. Janet went when she was little, but I have not.

We all got ready because it started at 11:00am. It was in Italian, so every week they got a magazine that would inform them what the prayers were going to be, and other stuff. It was in English.

We got there and it was a very pretty church (It was about a 5 minute walk). It had a grayish whitish outside with a cross on the top. As we went inside there was music playing and we sat on benches as we waited. It had pillars on the sides and desk at the end and the cross. It was white with a rotunded top. We did some prayers and then the priest tossed holy water onto us.

Then they all came together in a line (not everybody but most people did (Janet, Alex, Kieran, Julien, and I didn’t)). They were given a handful of bread to represent the body and a sip of wine to represent the blood (I don’t know if Cole and Luke took a sip). We did an ending prayer and then left. When we were about to leave Alex recognized that the pillars in rows resembled a Roman temple. As we got outside I heard the pitter-pattering of raindrops so I got on my rainjacket. It rained all day.

In the evening, we started Ant-man & the Wasp, a movie that Luke and Cole had watched, and a movie that Julien had watched with his friend. When we were about 1/3 through, Jason went to go get pizza and brought back one normal pizza and one 1 meter long pizza!!!! We ate almost all of it. The normal pizza was four cheese and the one meter long pizza was four types: Hawaiian, cheese, ham, and vegetable. 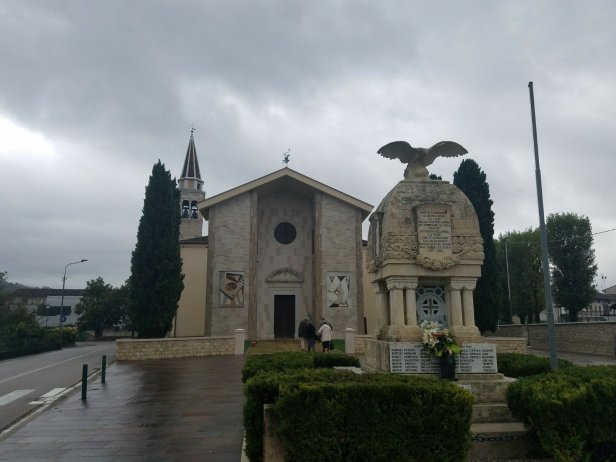 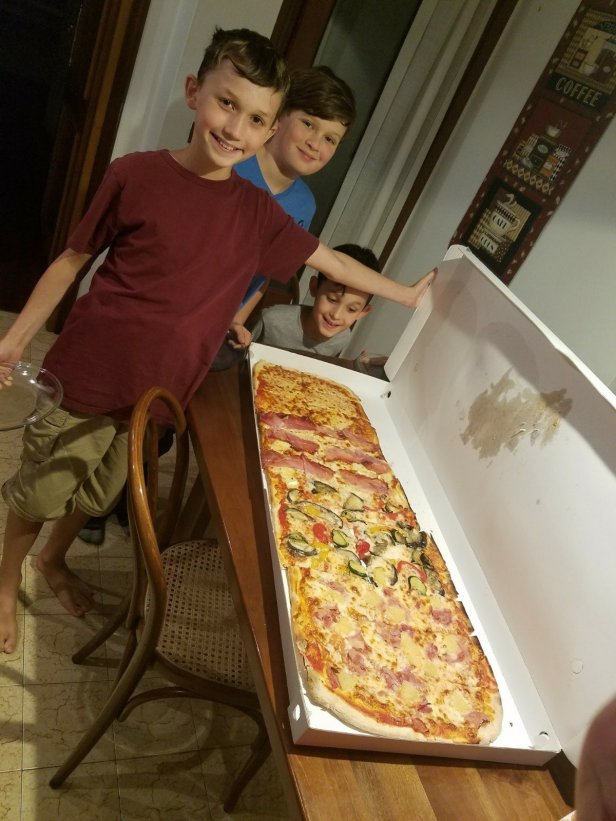 6 thoughts on “The Catholic Mass”