We finished our homework and then took a bus to a small town near Ribeauville (re-buv-i-ay) called Riquewihr (ric-u-vir) where Janet’s side of the family came from 400 years ago. We got off the bus with a little rain and looked for a cemetery. We saw the cemetery and trotted in. We were looking for Buchers who were buried there. We looked and looked and looked and looked but we didn’t find anything. Janet was relooking them and she spotted a Bucher tombstone. We all gathered around and stared at it.

We went out of the cemetry and trudged to a winery that we were interested in because it is called: Jean Luc Bucher Winery. We went up to it and entered through the main door. We heard a loud buzz when we came in to tell the owner that somebody had entered. We asked if there was a tour but he said no. He said that they only sell wine. My mother said that she was also a Bucher and that 400 years ago a lot of the Bucher family came from this area and then some of them went somewhere else. My great great grandfather went to Idaho and then Janet was born there. He said that this area is Alsacian not French so, I am not French, I am Alsacian! Alsacian is a mix of French, German, Swiss. This is a Bucher Winery barrel and what I am: 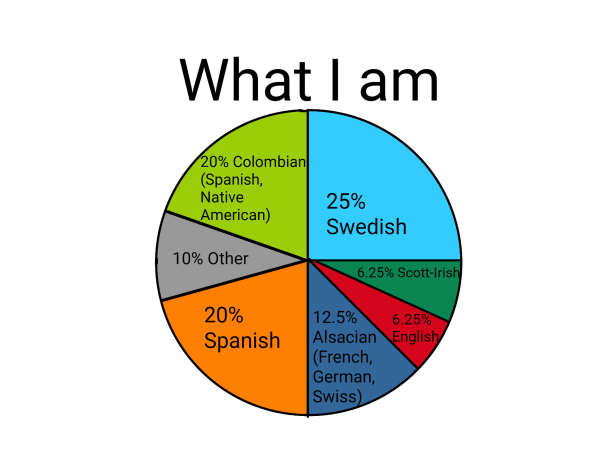 When we were done talking about that we wanted to buy some wine but we did not want to have walk around with all that wine so we were going to come back later. We walked around the little cute town of Riquewihr and saw the entrance to the city, the jail and much more. We saw aa poster advertising the Jean Luc Bucher Winery and a grape vine really near the poster, that had shriveled up and my dad let me try one. I put it in my mouth and it really tasted like a raisin! We took a couple more and continued on. We were really hungry so we got a little snack. When we were done with that we strolled on back because it was getting dark.

We got to the winery and showed him the tombstone that had the name Bucher on it because we had forgotten to earlier. When we were scrolling through the photos to find the picture, he saw a picture of the grape vine and that was his house!!! That is why there was a poster advertising the Jean-Luc Bucher winery on that building. We showed him the tombstone picture and they were relatives of his, one was his uncle and we forgot which are the others. We bought the wine and he gave us one for free! We said thank you and headed out the door. 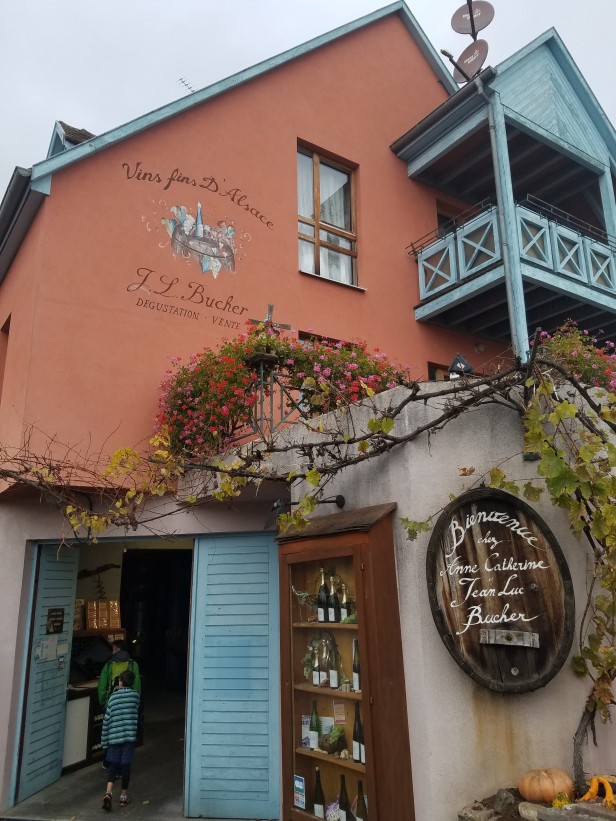 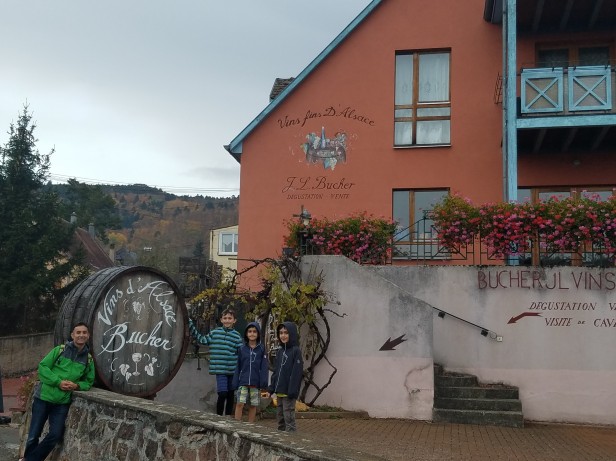 Below: the cute town of Riquewihr 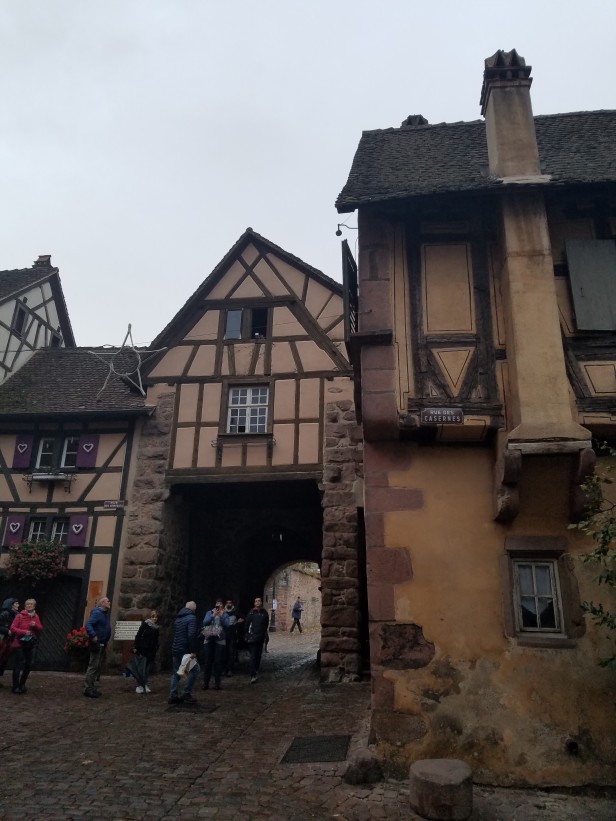 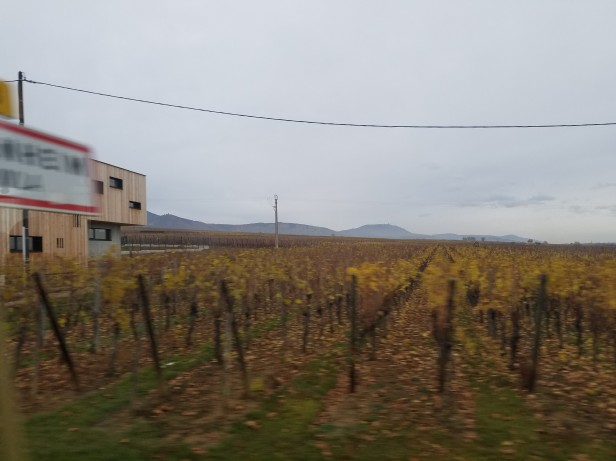 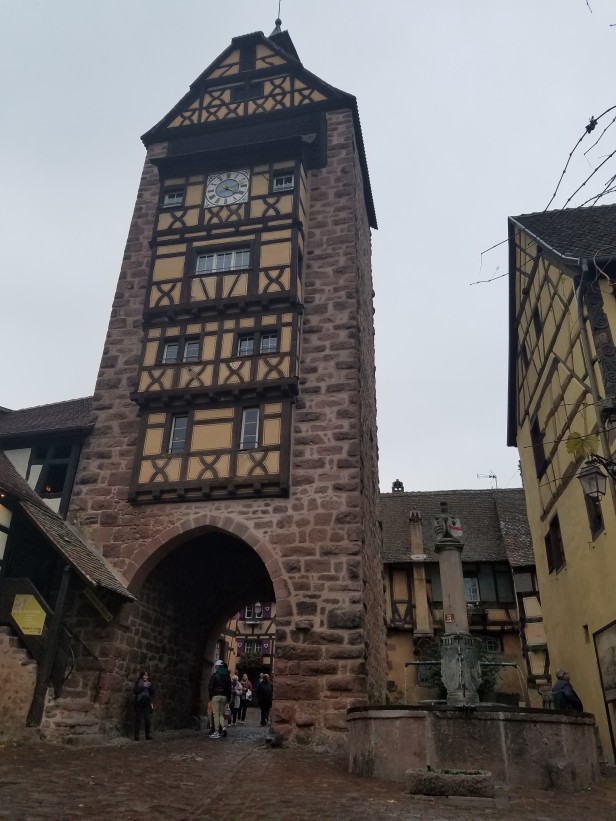 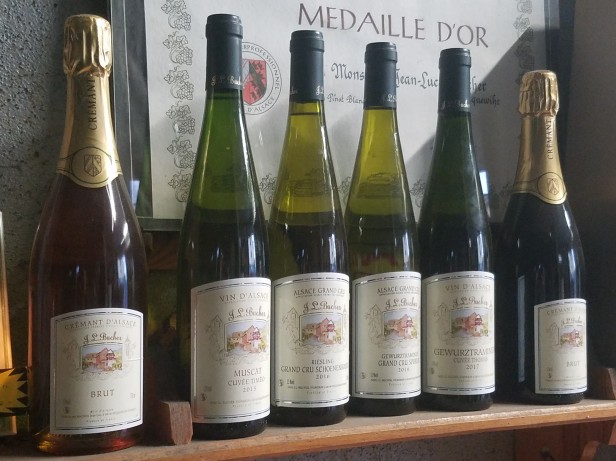