The Maasai developed a life around cattle, and in doing so, they distinguished themselves as a class of people who had watchful eye for protecting their livestock from wild animals and people. As their ancestral lands have shrunk as a result of development, they’ve adapted by leveraging this reputation and experience to become security guards for private property. Maasai warriors are easily distinguished by their read cloaks, beaded jewelry, walking sticks, and machetes holstered around their belt. There are many Maasai in Zanzibar, many (most?) of whom work to provide security for hotels, both rich and modest alike. Their ubiquitious presence, whether on or off duty, may be part of what makes the island feel very safe even late into the night, as there’s usually a Maasai warrior or two nearby.

Our house in Nungwi is part of a small complex of four structures surrounded by a wall, and a Maasai warrior employed by the owner comes by every night to quietly maintain a presence on the grounds. His name is Guinea. I bring him pizza from our night out, and try to ask him where he’s from and how he feels about what he does; but his English is non existent and my Swahili is no where near good enough for such a complex topic.

I imagine the Maasai being a people rich in community, yet their modern day lives appears to have them living quiet, solitary lives by night. Is it that different from the lives they kept on the Serengeti, keeping a watchful eye out for lions from dusk to dawn? Does their attire and manner testify to how well they maintain their connection to culture and community, or is it an important reminder for them of where they come from and how much they’ve lost to the modern era?

I could stay in Tanzania for another year, or even perhaps a lifetime, and never truly know the answer to those questions, for I suspect we are separated not only by language and geography, but also race and time. I see him through my eyes, and he sees me through his, each stuck in our own limited understanding of what the others’ reality must be like. Then it occurs to me that perhaps our gulf is not so wide, and that such misunderstandings happen even amongst the most similar of people, as long as each presumes to know what the other is going through.

I think about what I can offer Guinea and I. And the best I can come up with is kindness and curiosity, so that we may at least begin to learn from each other.

Below: Guinea outside our house late into the night, quietly keeping guard 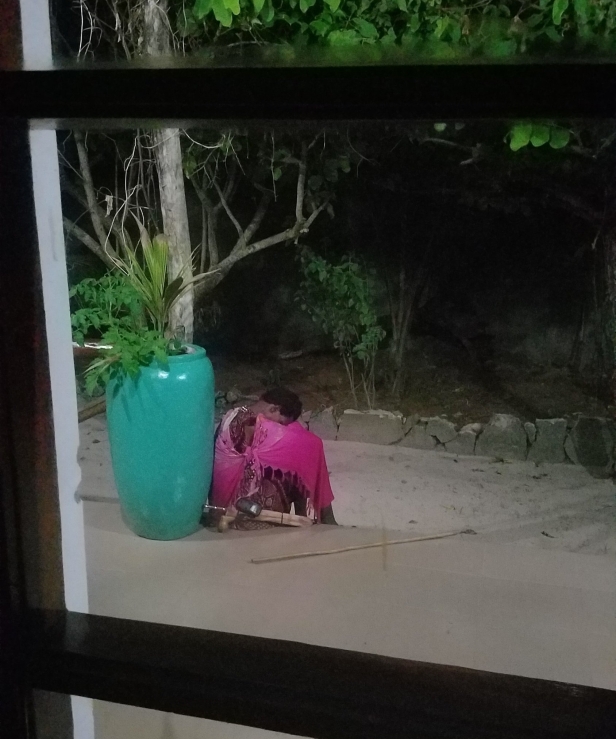 2 thoughts on “The Maasai and I”