After the spice tour, our taxi driver, Yahya drove us to his house for a cooking lesson with his wife, Monima, and lunch with his family. All of the cooking took place outside in pots over coals–a very hot way to cook lunch! It was really lovely and amazing.

The coconut came from two coconuts from the spice farm. From these, Yahya expertly knocked the tops off, and a serrated blade affixed the end of a chair was used to scrape the coconut from inside. Alex and all three boys had a great time scrape-scrape-scraping. The scraped coconut was soaked in water and then strained in order to make the coconut milk for cooking. I’d never understood the distinction between coconut milk and coconut water before!

The cassava leaves were also great fun for the boys. Yahya stripped them from the branches, and the boys pounded them in a large mortar and pestle that looked much like the one used to grind coffee beans during our Meru Women’s Collective visit.

Through it all, we also got to cuddle/play with Yahya and Monima’s 4-month old baby boy. He was delightful, and soooo patient about waiting to eat while his mother was busy!

We ate lunch in the traditional way, seated on the floor, with our hands. Mostly. I had to cheat and use a spoon when it came to eating the rice. It was such a privilege to share their home with them for the afternoon, and we all had a wonderful time. 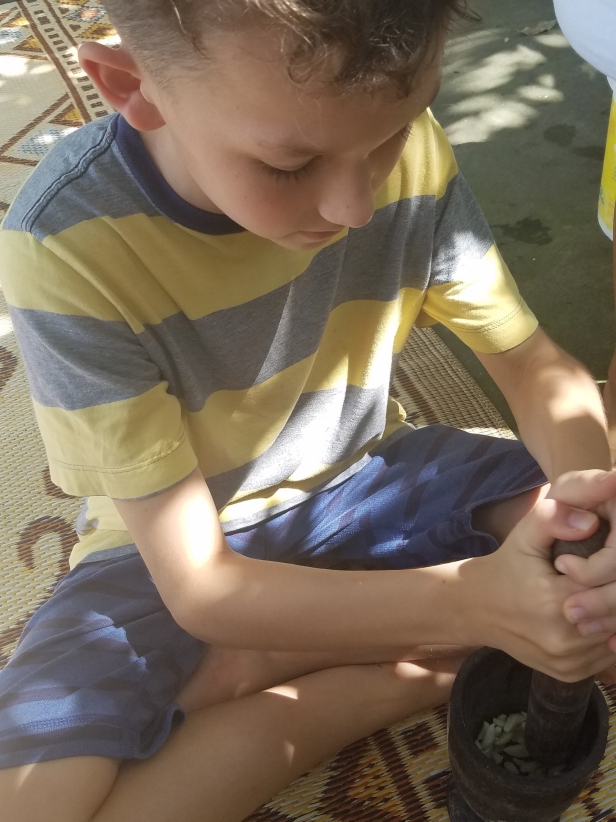 Above: Alex has just finished scraping out half a coconut 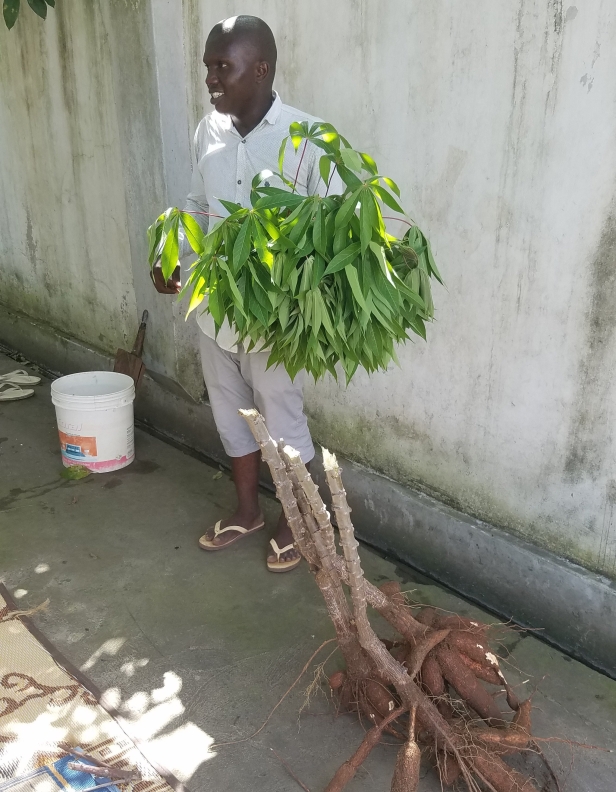 Above: Yahya with cassava leaves and roots 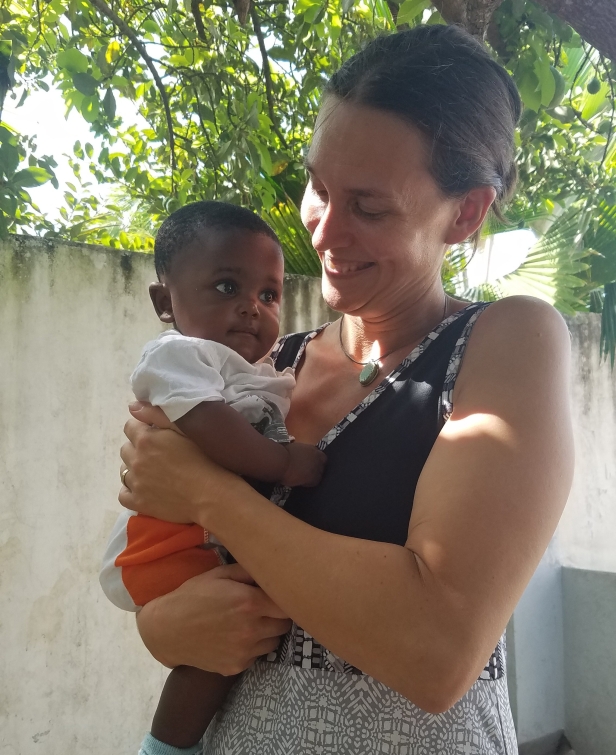 Above: tea with turmereic, cinnamon bark and some leaves that taste like a mixture of cinnamon and vanilla

Above: Time to eat!