I adore Thailand. It is so peaceful (read Jaspers post: The Peace of Thailand), and the food is amazing (read Kieran’s post: Food Ratings). I wake up to the same street in front of me, and the shocking reality that I am in Thailand. Birds fly above the roads, and cars drive by, not honking their horns. I am looking forward to Alex and my upcoming meditation retreat, though very much enjoying the time spent in the house doing schoolwork.

Chiang Mai has an old part of town. If you look on maps, there is a waterway in the shape of a square, encirlcling part of the city. Inside that square is the Chiang Mai Old Town. It turns out that the waterway was actually a moat, and that you can still see some remains of a wall that would have protected the old part of Chiang Mai. The moat gets its water from The Ping River, a river that flows through central Thailand.

After taking a taxi down and across the moat (not used as a moat anymore), we headed over to the temples. They are Buddhist temples from the Lanna Kingdom in the 1300s. They are striking.

There were small and very big temples (more modern temples built on the site of past Lanna temples), with images of the Buddha at the front, and many people paying their respects to the Buddha or meditating. We have walked through many religions. From Christianity in Europe, to Islam in Morocco and Zanzibar, Hinduism in India, and now Buddhism in Thailand. About 90% of the population in Thailand is Buddhist, making it the most Buddhist country in the world, and just behind Thailand: Cambodia, Myanmar, and Sri Lanka. Thailand was actually animist and then Hindu before it became Buddhist.

We passed a huge Temple called the Wat Chedi Luang Temple that was itself from the Lanna kingdom. The base was mostly intact, but the top was in ruins because no body could agree on what it looked like. So it never got restored.

Around the big temple there were several smaller temples depicting the Buddha in different positions. Buddism was all around me. bigger temples, smaller temples, temples all around. There was even a big, golden stuppa. We saw stuppas in Sarnath (read Kieran’s post: Sarnath). There were similar-looking stuppas in India and Thailand. I could imagine how the stuppas at Sarnath could once have had a top similar to the ones we saw in Thailand.

The temples are a form of yet another religion. Religion is another thing that we are learning a ton about. I am very excited to learn more about Buddhism. 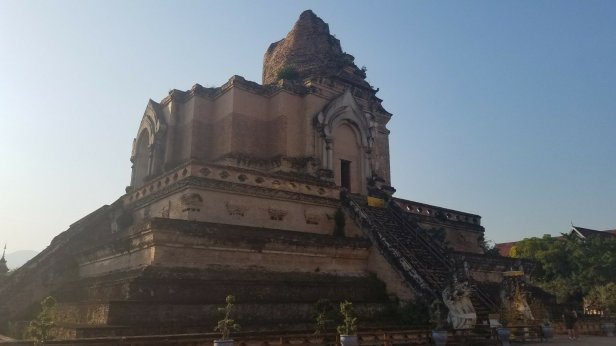 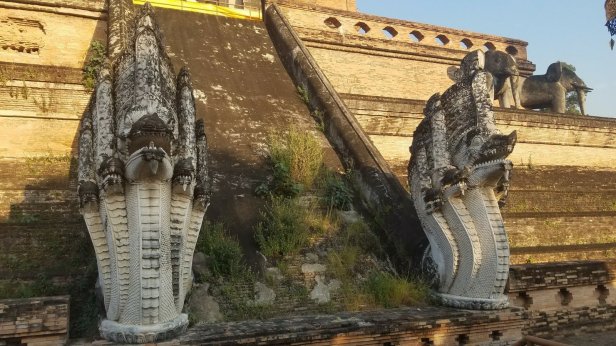 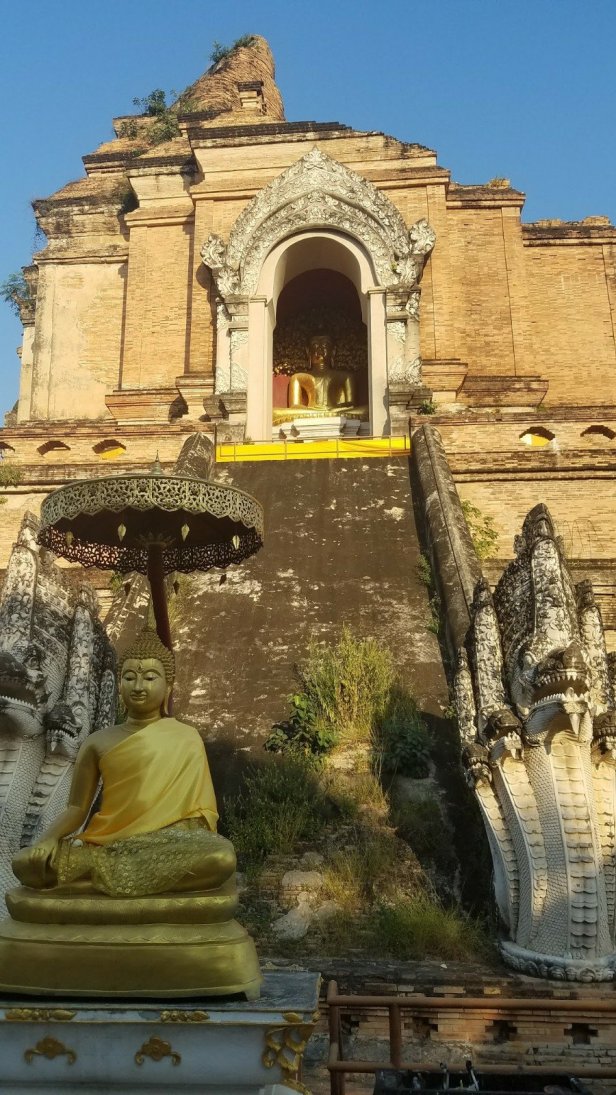 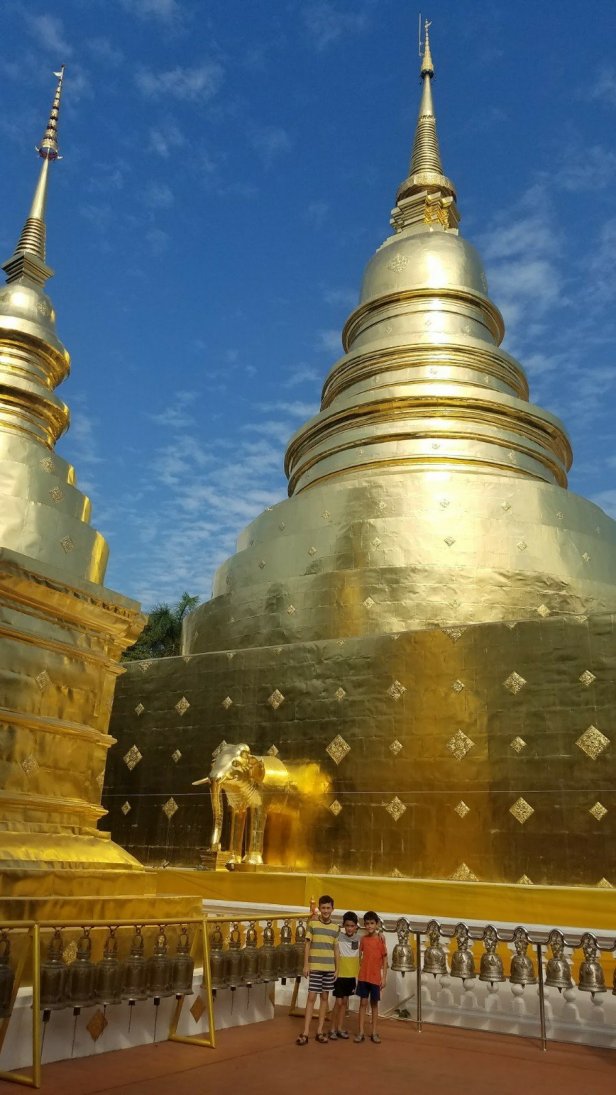 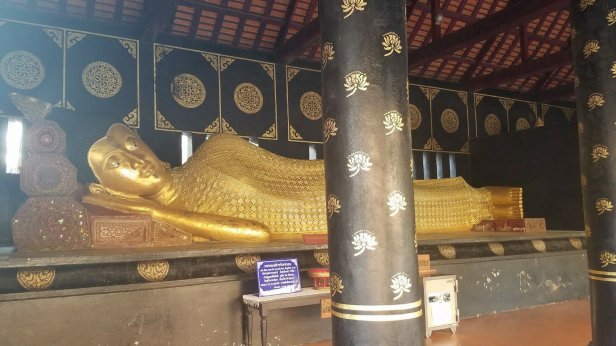 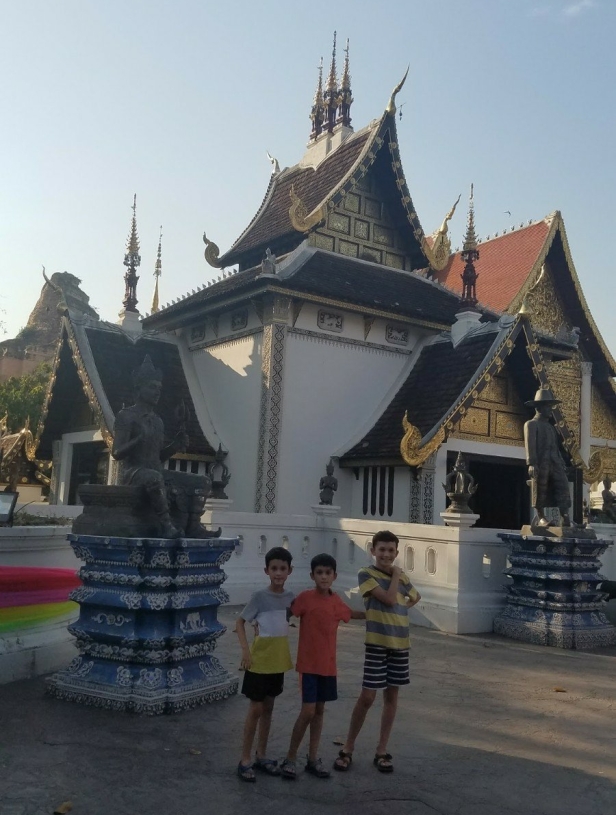 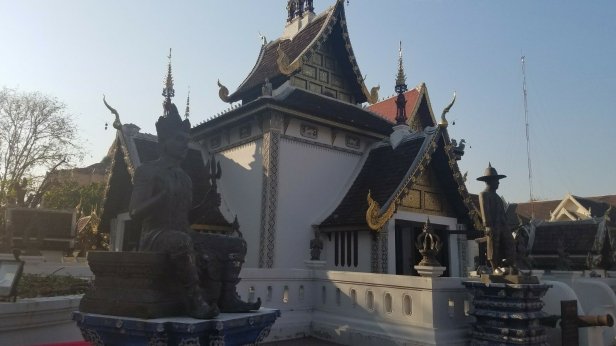 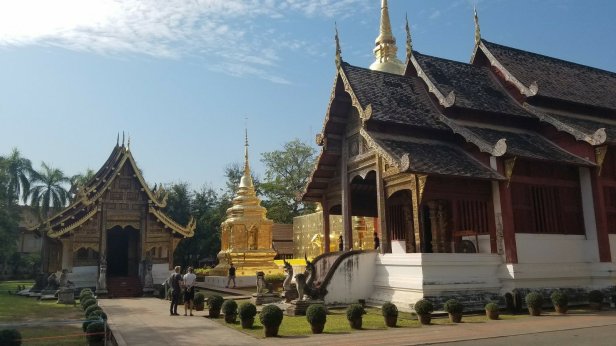 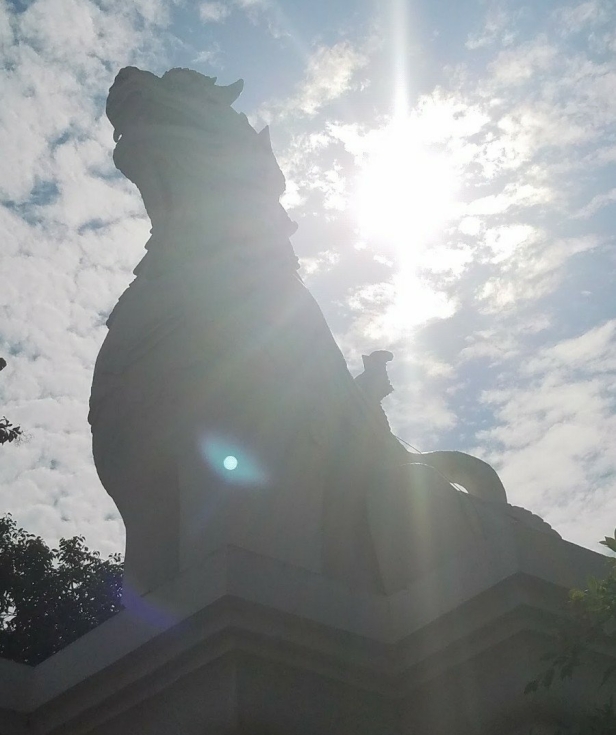 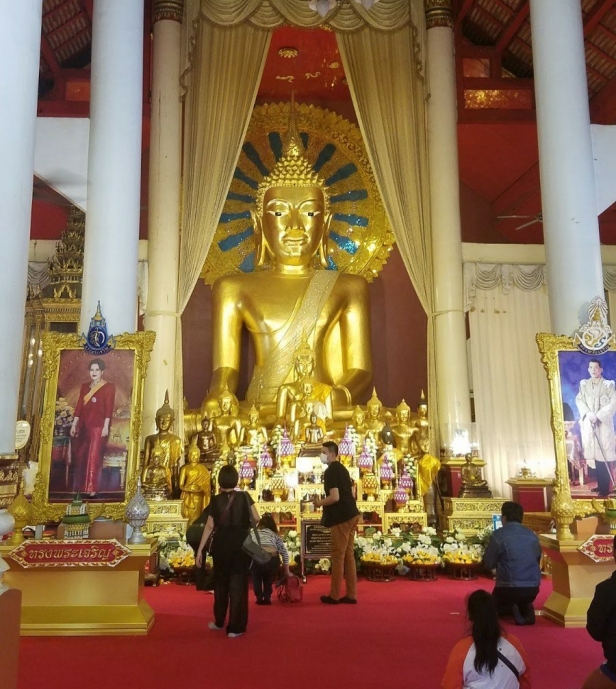 Below: The site of the pillar that represents the city of Chang Mai 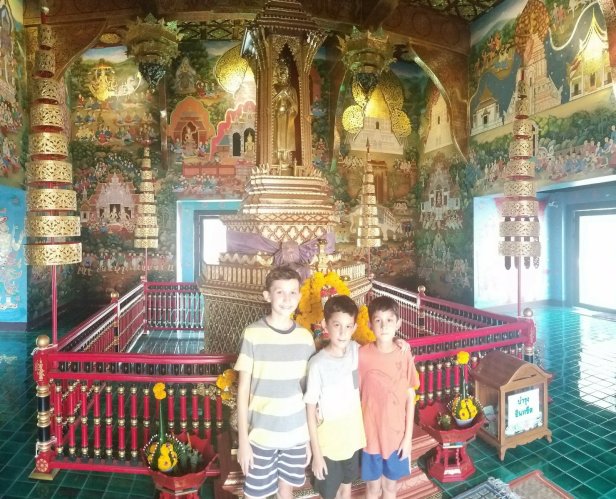 6 thoughts on “Temples and Stuppas from the 1300s”