In the National Mall of Washington DC, there is a huge collection of memorials dedicated to the people that died in wars, or certain great figures from American history. After visiting the African American History Museum (read Jasper’s post: An American Injustice), we decided to take a long walk through the memorials.

The first memorial we stopped at was the WWI memorial, or the DC memorial, for it is especially dedicated to those from Washington DC who died in the first great world war. It was small, but on it were hundreds of names of people that had gone off to fight, never to return and see their families. It had a little platform in the center, over which there was a dome. We stood in the center, and I felt myself in the middle of the war, death all around me.

We left the WWI memorial with sad faces to move on to the MLK Jr memorial. In the center of the lush area, there was a huge block of stone, the right side not smooth, but wavy. Coming out of the right side was the face and body of Martin Luther King Junior. On the side of the stone it read: “Out of the Mountain of Despair, a Stone of Hope.” That stone of hope was MLK Jr, providing more (still not enough) liberty and justice for the African-American people. We walked around, reading quotes of his that he used in his powerful, moving speeches. One of them in particular spoke out a bit to this year, explaining about setting aside your race, class, even what nation you identify with, and adopting a “world perspective,” seeing that in spite of anything, we are all humans.

transcend our race, our tribe, our class, and our nation; and this means we must develop a world perspective.”

“The ultimate measure of a man is not where he stands in moments of comfort and convenience, but where he

stands at times of challenge and controversy.”

The biggest and perhaps most famous memorial in all of the National Mall is commemorating the president Abraham Lincoln. Holding up the outside of the memorial are 36 grand marble pillars, representing the 36 states that Lincoln held together in his years of presidency. Inside was a giant seated statue of Lincoln, above which read “In this temple as in the hearts of the people for whom he saved the union the memory of Abraham Lincoln is enshrined forever.” To the left was his Gettysburg Address, and to the right, his second inaugural address.

You had to be a pretty great and famous president to get a memorial in your honor in the National Mall. The only other two presidents who have memorials there are Thomas Jefferson and Franklin D. Roosevelt.

And now, we moved on to the last two memorials: the Vietnam War Veterans Memorial and the Korean War Veterans Memorial. The Vietnam War Memorial to me was the most striking. The memorial didn’t have statues, but names–panels and panels of names. The first panel was small, with the names of about 5 dead. The next panel had twice the amount. As I kept walking, more and more names were piling onto the already huge heap of dead. More and more and more and more. It just kept going, the dying never stopped. Panel after panel, until the last one had nearly five hundred names. Add that to the other panels and you get thousands upon thousands of dead soldiers. The USA would have got nowhere with continuing the war. Just more would have died.

And the final hearbreaking addition to the Vietnam War Memorial was that each of the panels was reflective. In them, I saw myself and the other people around me, just people, people like the names that were in front of me.

To wrap up our memorial walk we took a quick visit to the Korean War Veterans Memorial. I don’t know much about the Korean War, but the feel of the memorial told me it wasn’t good.

Memorials speak out to me. They put me back in time to what somebody, someplace, or something was like, whether beautiful or tragic. 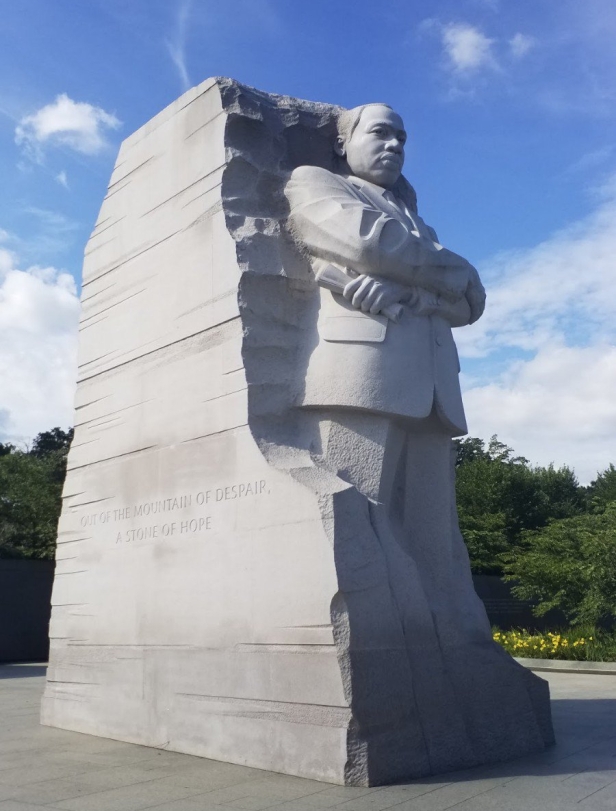 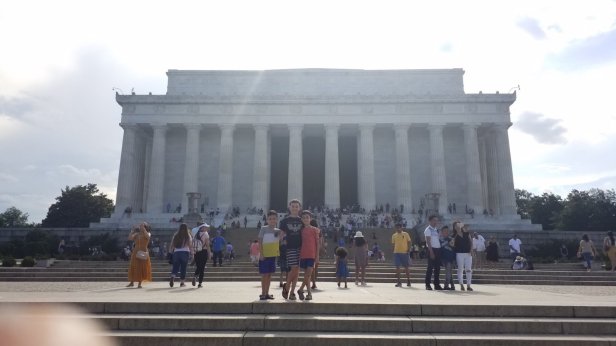 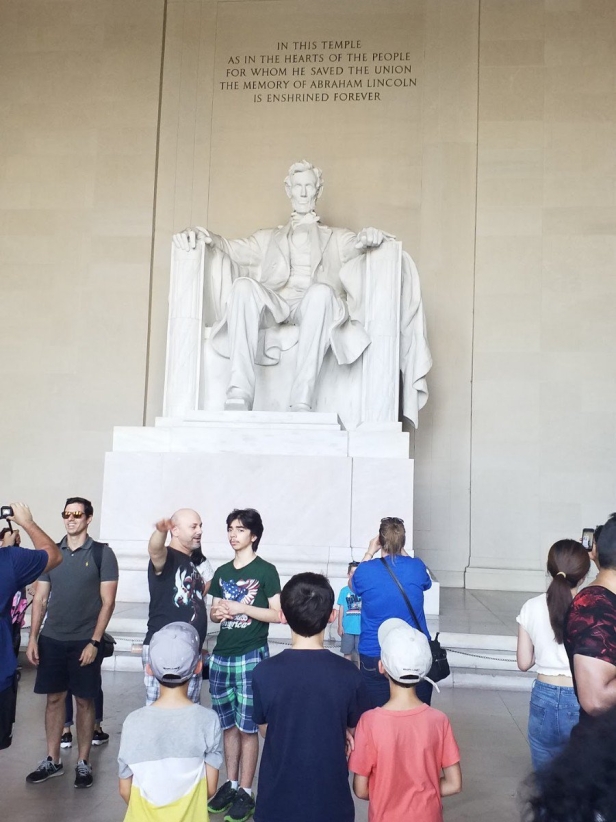 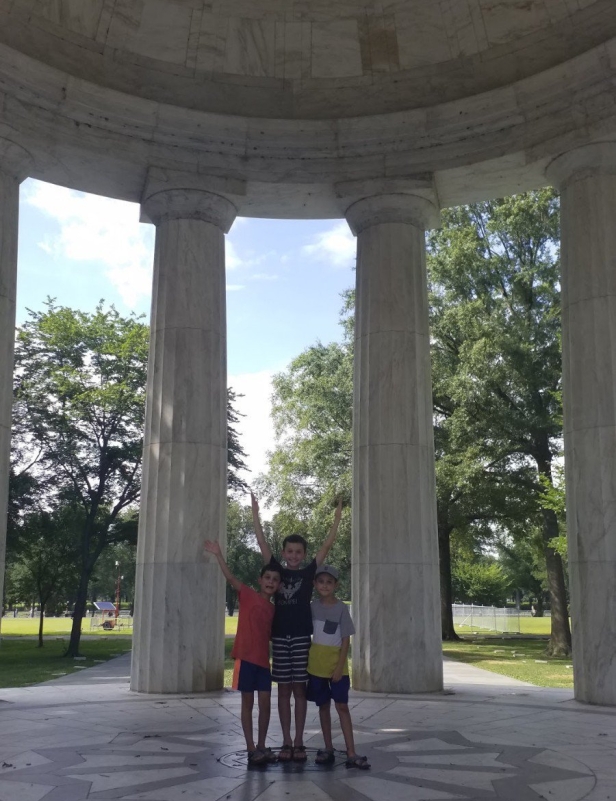 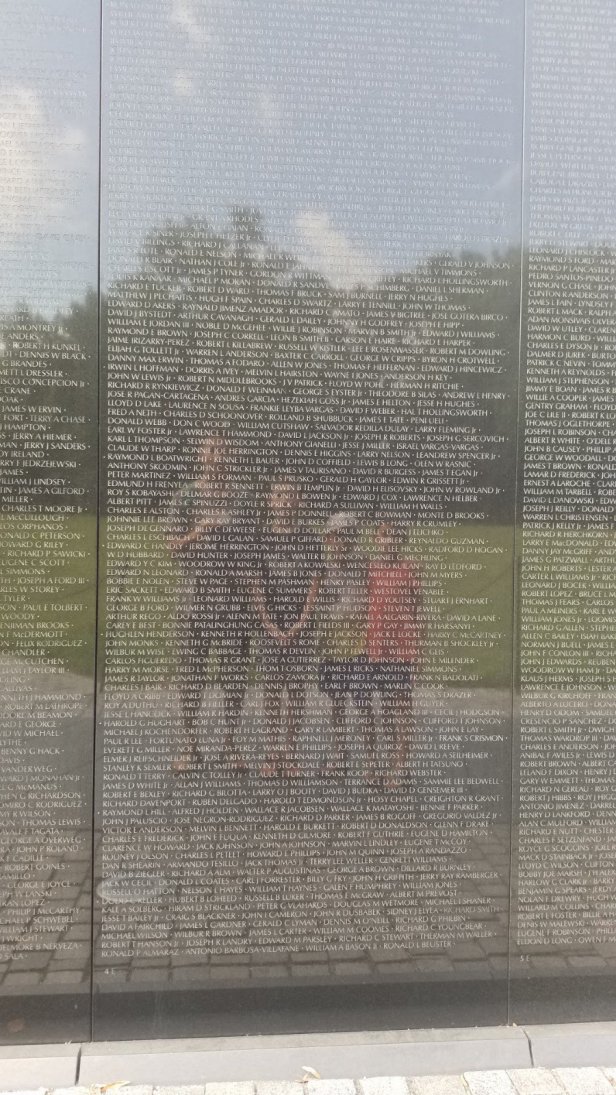